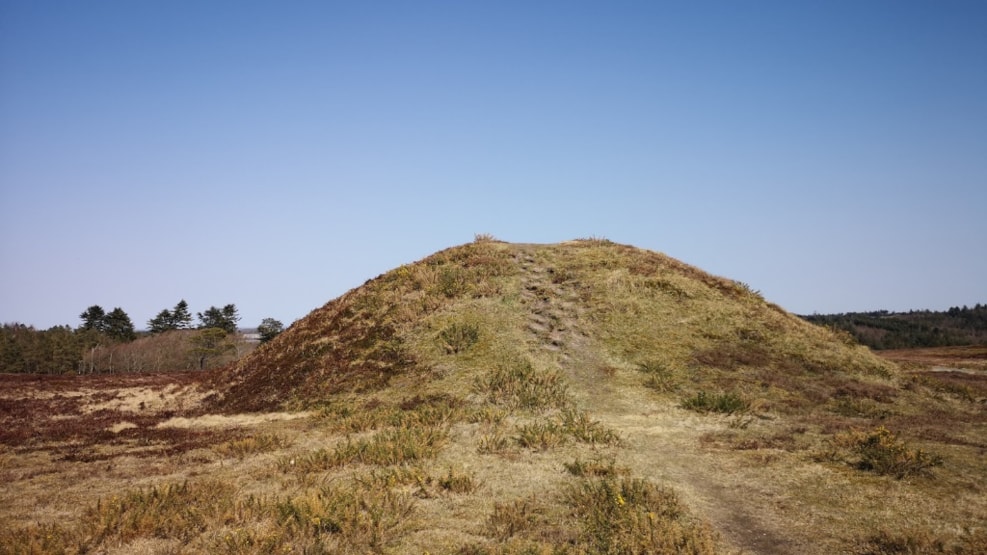 The ancient mounds at Ydby Skjold

The ancient mounds at Ydby Hede in Thy are the country's largest group of Bronze Age mounds with a total of 49 pieces.

The ancient cementery on Ydby heath is the country´s largest group of Bronze Age barrows counting 49 in all.

Take a walk around this area and sense history amongst the burial mounds that stretch right down to the fjord.

Imagine Kund (Canute) the Great´s 1.000-strong fleet lying anchored there before sailing off on his expedition to England.

During the last Ice Age, Thy was covered in a thick ice cap. When the ice melted, it left behind vast deposits of clay, sand, gravel and stone, which formed today’s rolling landscape.

Thy Ydby Hede barrows are very prominently located at the top of a hill facing Skibsted Fjord, part of the Limfjord. East of the Brokær lowland, the barrows continue to the Boddum peninsula, which was an island in the Neolithic Period. The slopes on both sides are furrowed by ancient road tracks leading down to the fjord.

The sunken roads follow the barrows all the way down to the food of the hill, and although the age of the roads has not been established, some are likely to be several millennia old, like the barrows. The many barrows and road tracks at Ydby Hede indicate that this location was important for thousands of years."