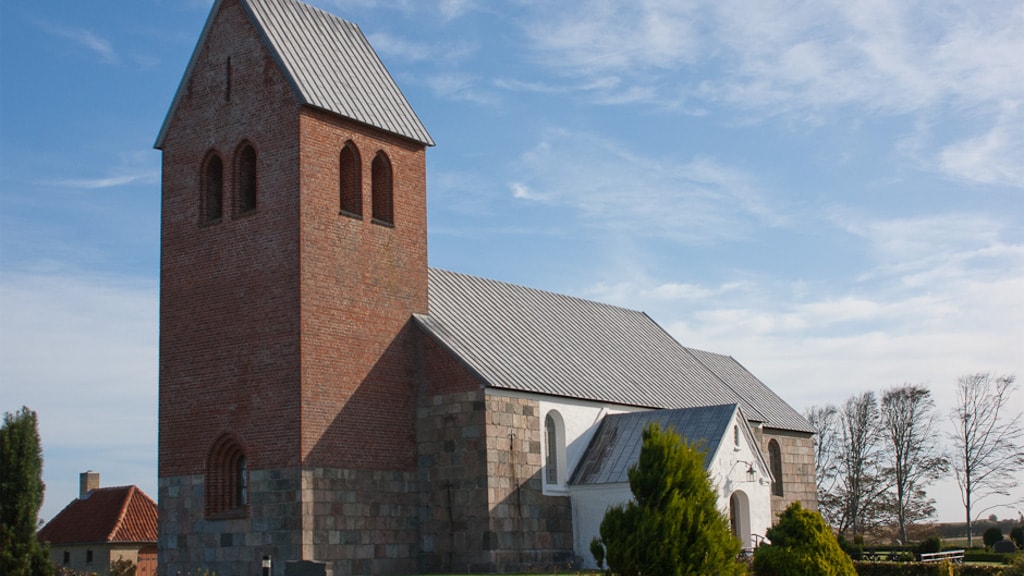 Bedsted Church in Thy is located high on a hill with a rather steep slope to the east.

Apse (rebuilt), choir and nave are from Romanesque times, the tower from the late Gothic and a younger porch.

The interior of the church is marked by the fact that the choir arch around 1500 was expanded to almost the same span as the choir. This gave the church a very open space. It also makes the large altarpiece from the late Renaissance stand out. The altarpiece is donated by the manor Tandrup, as is the rest of the church's rich furniture.

One of Tandrup's previous owners, Povl Klingenberg, who died in 1771, is in the tower room.