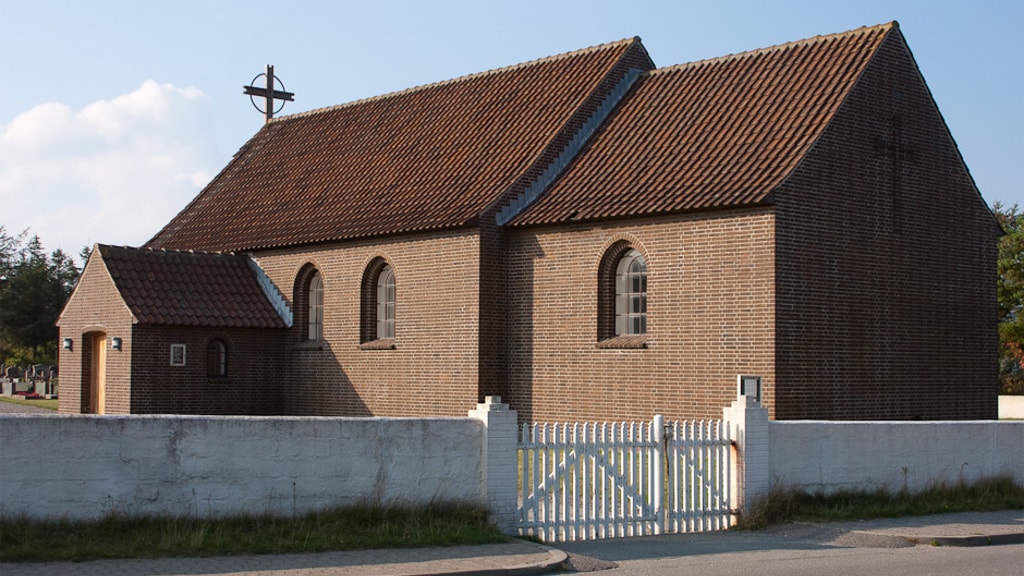 Klitmoeller church was built in 1872 and was, at the time, a district church in the Vester Vandet parish. Initially it was built of red brick and a slate roof. Its present appearance with brown brick was done during a major restoration in 1966-67.

The image of the altarpiece was painted by Queen Louise, Chr. IX's wife. Constructed in typical contemporary Neo-Gothic.
The church bell hangs in a timbered belfry southwest of the church.

The cemetery dramatically reflects the conditions of life at sea. There is the resting place of the "Bark Sleipner" crew - the boat stranded, during a storm on the  19th Nov' 1880.
There is also the grave of Sergeant Richard Samuel Pitts, a RAF pilot found dead on Klitmøller beach, during WWII, who was buried 19th Nov' 1939.