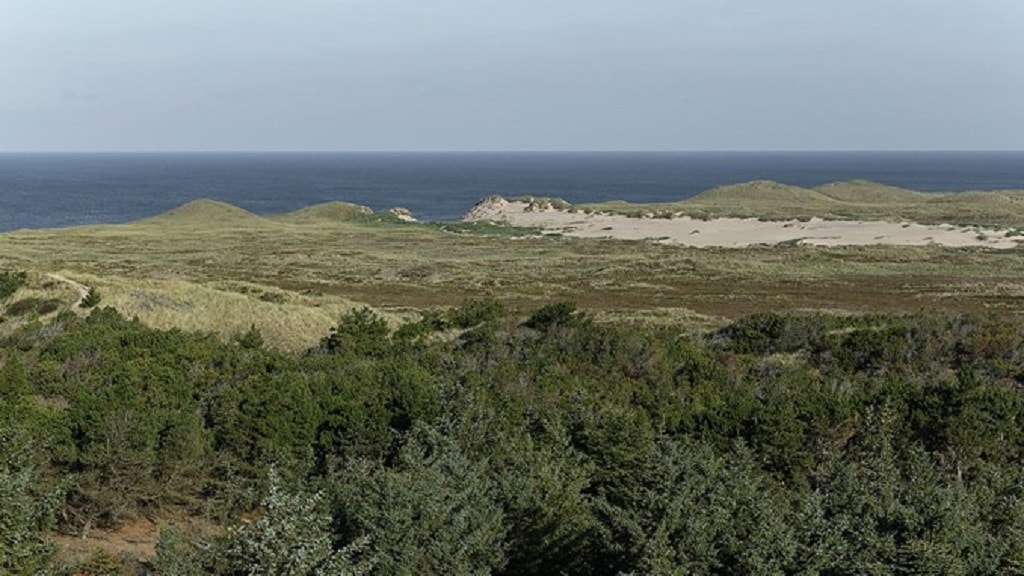 In Thy we call a mile - drifting sand - a sande.

You can see Lodbjerg Sande northwest of Lodbjerg Lighthouse. The erosion of the North Sea and the wind breeze have created a windbreak. This means that the sand migrates as drifting sand.

At the edge of the mile grow helmets, mare straw and gray rice.

It has always been difficult to live in these dune areas in northwest Jutland. The population here was poor and many areas have been deserted because the sand escape has forced people from house to house.

In the 19th century, the Danish state began planting areas with, among other things, mountain pine to keep the sand so that the population could live calmly and safely.

The dunes are protected - help protect them:
You may:
• You may hike in all dune areas, but stick to the paths and do not crawl and slide around on the steep slopes.

You may not:
• It is forbidden to destroy the plants in the dune, such as you can easily get to if you slip, dig, camp or, for example, cook on a grill or fire.
• Do not let your dog run loose, do not cycle and ride in the dunes, and do not leave litter.