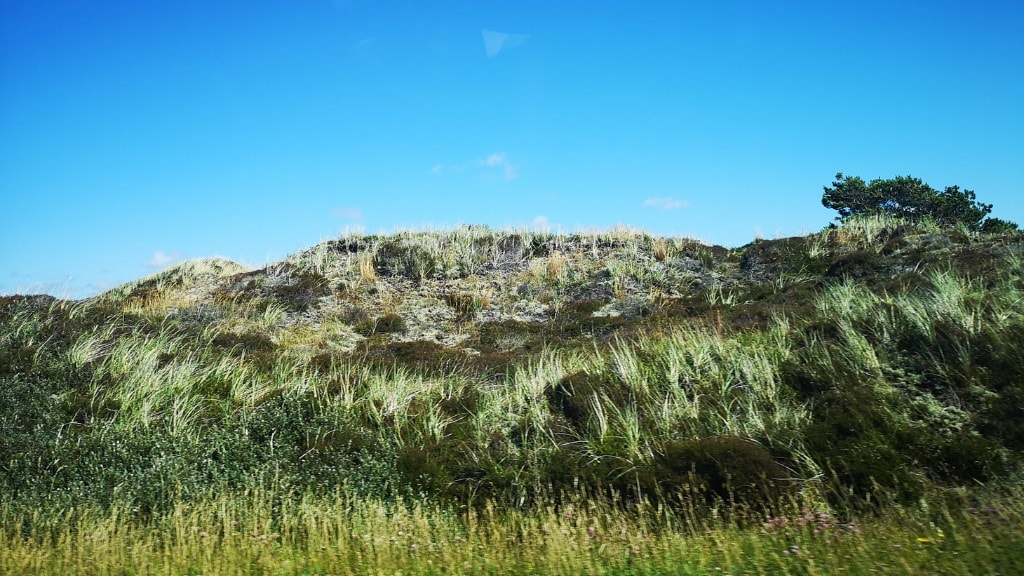 Here you can hike, cycle, pick berries and mushrooms, sleep in shelters, swim in lakes and the sea.

History
National Park Thy is a contiguous nature area. The Hanstholm Game Reserve, located in the northern part of the national park, has more than 30 different bird species, and the otter has found sanctuary in the lakes of the protected area. In the national park, many protected flower and plant species grow wild. The carnivorous sundew grows in the dune between Lodbjerg and Lyngby. Agger Tange, which forms the southernmost part of the national park, is one of Northern Europe's most important resting places for migratory birds. Agger Tange has been designated as an international bird protection area.

National Park Thy contains an important part of Danish history. The area covers several Bronze Age burial mounds, and the many German bunkers along the coast are reminiscent of a time when, during German occupation, Denmark was at the forefront of an expected attack by the Allied forces during World War II. The harsh winds and the sand escape on land left abandoned agricultural land, which today is dunes or plantations. All of this is testimony to a time not many generations ago when life on the West Coast was harsh and accurate.

Where to start?
National Park Thy has two information centers. Svaneholmhus on Agger Tange in the southernmost part of the national park, and Stenbjerg Landing, which is more in the middle of the national park. Start your trip in the national park by visiting Svaneholmhus and drive from there to Lodbjerg Fyr. Take a walk north of the lighthouse and discover the beautiful unspoilt nature that extends from Lodbjerg to Lyngby. Then drive along Kystvejen to Stenbjerg and see the old fishing houses. If you are up for more, continue along Kystvejen all the way to Hanstholm and end the tour with a walk in the Wildlife Reserve south of Hanstholmknuden.

If you want to go on a longer hike, then start in Agger and walk through the national park to Hanstholm. You will need to sleep along the way, and there are both shelter sites and forests with tent sites along the way.

The weather and nature of the National Park Thy change as you move around the area, ranging from heavy winds with salty sea air at the coasts to mild breezes in the forest and lake areas inland. Stand at the foot of the Lodbjerg Coast Cliff and see how the roaring sea erodes the dunes and take a walk in the forests at Lake Vandet. Nationalpark Thy is a beautiful wilderness.