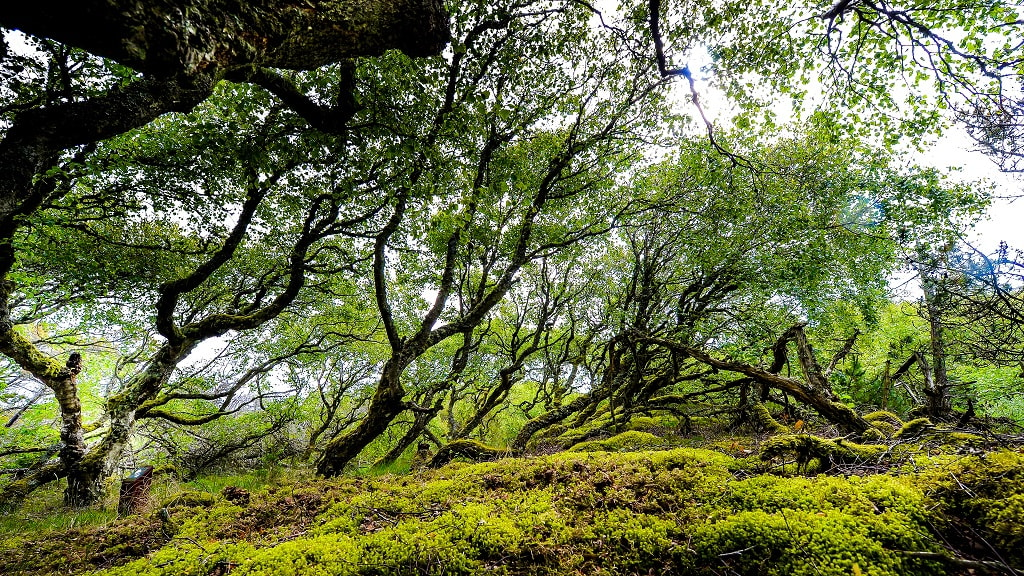 Photo: Thy Turistforening
Attractions
Natural areas
Thagaard's plantation is the first place in Thy, where you tried to stop the sand flow. Here are trees that are over 200 years old.
Address

In the northern part of Tvorup Duneplantation - just west of the coast road - Thagaards Plantation is located. It was built around the year 1816 by sand fly commissioner Laurits Thagaard.
The plantation is one of the first attempts to dampen the sand flow by means of tree planting. The experiment was inspired by the beginnings of the plantations on the Midianian heath and it was thus the tree species red spruce and birch that were tried to be sown as seeds.
However, red spruce cannot withstand the salt air, and birch must have shelter from the west wind, and Thagaards sowing was abandoned after a few years. Only when the surrounding plantation areas grew up and created shelter, the surviving trees in Thagaards Plantage followed.
Thagaards Plantage is today a primeval forest-like scrub of birch and red spruce, which are often as wide as they are tall.