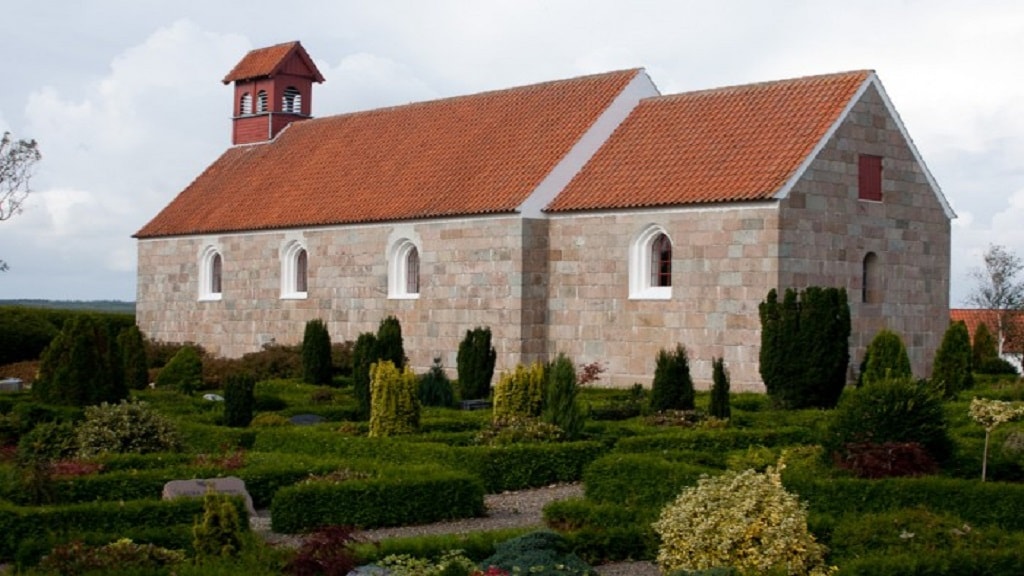 The village church Vesløs Church in Thy is a Romanesque square stone church from the 12th century.

The original nave and chancel remain. The porch is of more recent date.

The bell house dates from 1916. The church underwent a major renovation in 1917-18, which was partly financed by the sale of the church's old lead roof. The sale brought in a total of DKK 8,079. There were good prices for lead due to World War I. The most recent restoration was made in 1990.

Tympanum with cross mud inserted over the door of the porch.

The altar table is built of granite blocks with a monolith as a table top. In the middle of the tabletop is a saint's tomb.

In the choir is a clerk's chair in a simple design.

Romanesque baptismal font. The basin is barrel-shaped with a round rod between two small folds at the top and a rope rod at the bottom. The foot with double arcades is reminiscent of several others.

The cross, which hangs on the triumphal arch just behind the pulpit, is made of wood and bronze by sculptor Johannes Kragh, Ordrup. The cross has for some time been used as an altarpiece, as the altarpiece had been moved to the west wall of the nave.

The church nave was built by engineer and shipbuilder Jørgen Harbo Andersen and was hung in the church in 2003. It is a copy of the Oseberg nave, which was found at Tønsberg in 1904.